On June 12th, 2018, the Financial Industry Regulatory Authority (FINRA) announced that Harold Lee Connell (CRD#: 1482623), a registered broker from Miami, Florida has been permanently barred from the securities industry. From 2001 to 2017, Mr. Connell served as the CEO and President of CP Capital Securities, a broker-dealer that was headquartered in Miami…. Read More » 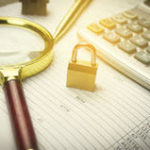 In 2015, Merrimac Corporate Securities, an Altamonte Springs, Florida-based brokerage firm, was permanently barred from the securities industry for misconduct. The firm, along with one of its principals, had filed an appeal on the decision. On May 26th, 2017, a final decision was reached. FINRA’s National Adjudicatory Council (NAC) affirmed the initial ruling (2011027666902),… Read More »

The Financial Industry Regulatory Authority (FINRA) has permanently barred Philip Brisard and Kenley Brisard from having any further association with any FINRA member due to their investment-related misconduct. According to FINRA, both men have consented to the sanctions against them without admitting or denying any culpability. Through their firm, Brisard & Brisard, Inc, the… Read More »